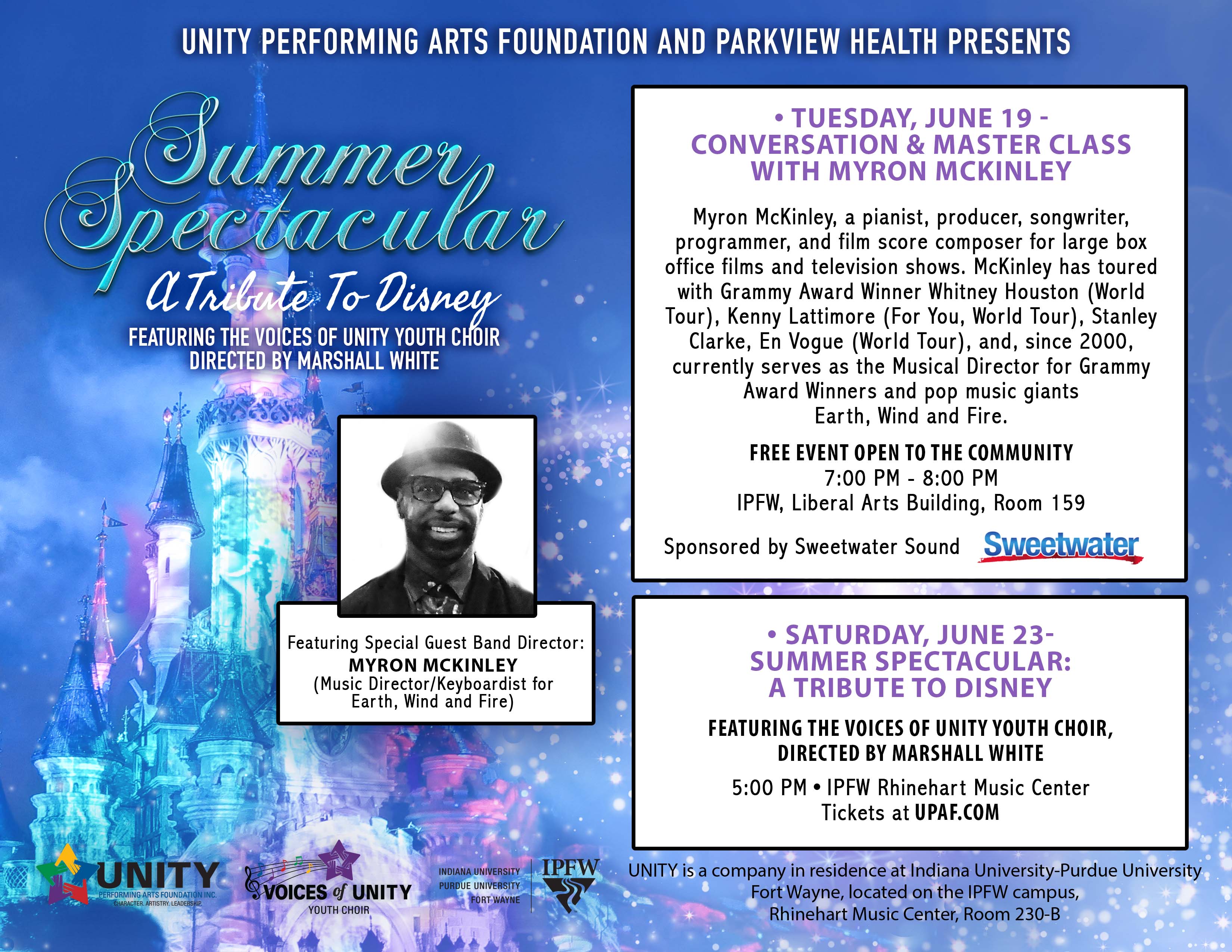 Join Unity Performing Arts Foundation and the World Champion Voices of Unity Youth Choir on Tuesday, June 19 at the IPFW Liberal Arts Building Room 159 from 7-8 PM for a Conversation and Master Class with Myron McKinley (special guest band director for our End of Season Tribute to Disney Concert on June 23). He is the music director/keyboardist for Earth, Wind and Fire. Disney concert tickets are available at upaf.com

This is a FREE event and open to the community- especially musicians, aspiring musicians, industry professionals, and those who desire to do anything in the music industry. For questions, call the UNITY office at 260-481-6719.