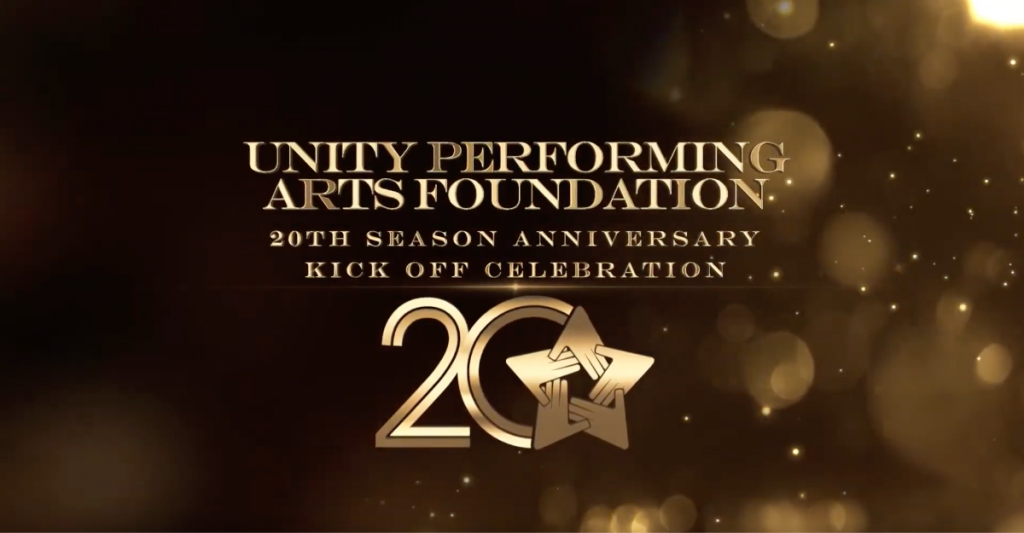 Unity Performing Arts Foundation celebrated Episode #1 of the 20th Season Anniversary Kick-Off Celebration on Tuesday, November 2. The 2 hour episode highlighted interviews from Rick Farrant, James Hunt, and the King Family, to name a few of the guest appearances. The host for the event, Mickey Young delivered an outstanding performance and captivated the audience. The video footage from 2001-2010 was soul stirring and professionally captivating! What an awesome experience. If you were unable to catch the premiere, it’s not too late! Watch virtually on UnityCelebration.com, YouTube, and Facebook Live.